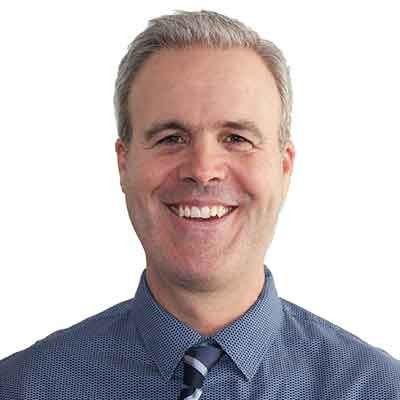 Based in Sarasota, Florida Dr. Drew Hall has been practicing Blair Upper Cervical Chiropractic since 2002. He was the president of the Blair Upper Cervical Chiropractic Society (2009-2020), he has spoken on the Blair Technique nationally and internationally. In 2004, and again in 2016, he was recognized by his peers as “Blair Chiropractor of the Year.” He is certified to teach Blair technique and has instructed many seminars and has had over ten associates trained in his office. Dr. Hall was featured in a documentary short "the power of upper Cervical" in 2009.

His patients praise him for helping with ailments such as Migraine Headaches, Tinnitus, Lupus, neck and back pain, Meniere’s disease, vertigo, and other chronic health conditions. Diagnosed with fibromyalgia in 1995, Dr. Hall was feeling hopeless until his own health was dramatically improved through the Blair Upper Cervical Procedure. A passionate and caring doctor, his desire is to raise awareness of the Blair technique, and to ease people’s suffering. Dr. Hall specializes in helping people recover from chronic long standing health conditions that have not responded to mainstream medical treatment.

We use cookies to help improve your experience. If you continue to use our website, you agree with the usage of our cookies. Find out more.